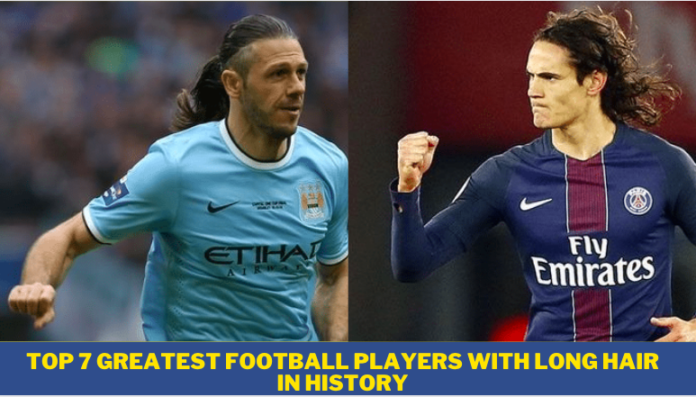 In the game of football, which is the most popular sport in a number of countries, footballers are adored by fans for a variety of reasons, some for their outstanding playing abilities and others for their stunning appearances! Whereas long hair can help with the latter, we will look at the best long-haired footballers in this article.

Nowadays, football is by far the most popular sport in our universe, which explains why footballers are so popular worldwide.

Certain footballers go above and beyond to serve as role models for their fans worldwide, and they have a significant influence on them as well.

If you recall Brazilian Ronaldo’s bizarre hairstyle at the 2002 World Cup, you should also recall how his hairstyle became so popular throughout the world.

However, strange is not the point of this article; rather, we want to look at some of the greatest football players ever with long hair..

Whatever history it had is irrelevant here; you must admit that long hair makes some men extremely hot and attractive, and who better to grow their hair than some good-looking footballers?

Keep reading to learn about the Top 7 greatest football players ever with long hair in this article.

Did you know that we went back to the early 1990s to write this article?

From those days to the present, there are footballers on our list of the best ever soccer players with long hair who will surprise you. Before we begin, who do you believe is at the top of this list? 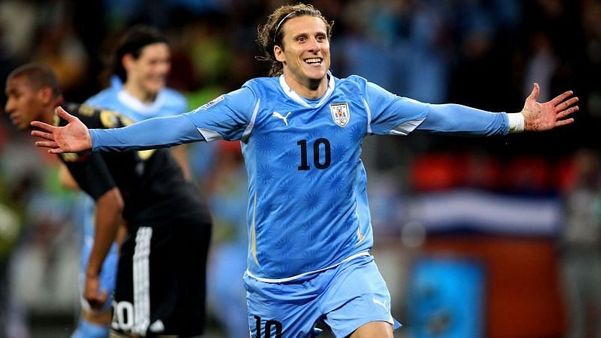 If you’re a football fan, you’re probably familiar with Diego Forlan, a player who excelled during the 2010 World Cup in South Africa, winning the Golden Boot alongside Thomas Muller and the Golden Ball as the tournament’s best player. As a member of our list of the greatest ever football players with long hair, the now-retired Diego Forlan will forever be remembered for his stunning long and blonde hair. 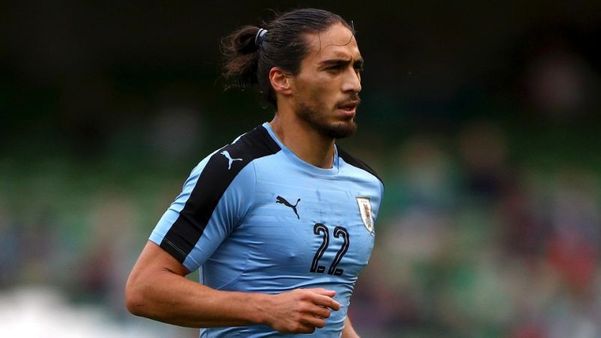 Martin Caceres, a great South American defender who made his name in La Liga before establishing himself at Juventus, is the second Uruguayan player on our list of the best ever football players with long hair. Although Martin Caceres usually wears man buns these days, during his time at Juventus, we frequently saw him with extremely long hair, much like he did at the 2010 World Cup.

The 33-year-old hot footballer is now a Fiorentina player, and with his man buns, he is attracting the attention of Florence’s females. Although he is approaching the end of his football career, his physical appearance continues to improve. What are your thoughts on Caceres as one of the greatest long-haired footballers ever? 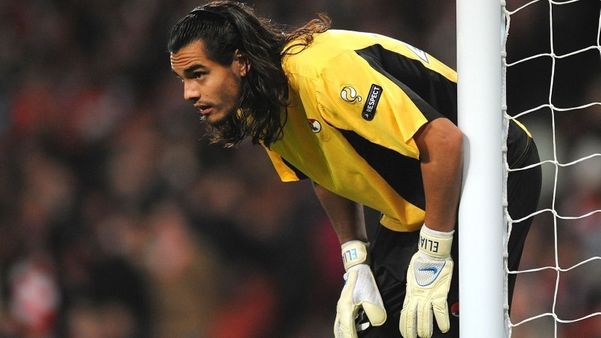 Our list of the best-ever football players with long hair features a slew of South American players, and now it’s time for an Argentinian goalkeeper to make the cut. Sergio Romero is unquestionably the best Argentinian goalkeeper of his generation, as evidenced by his 96 caps for the national team. Romero is one of the players on our list who now has shorter hair.

Sergio Romero began his professional football career with Argentina’s Racing Club but transferred to AZ Alkmaar in 2007, where he grew his hair for the first time.

We saw a different hairstyle on him at Sampdoria, his next club when he braided his hair. Sergio Romero has a short hairstyle now that he is playing for Manchester United as the second goalkeeper, but there is no doubt that he was once one of the best long-haired footballers of all time. 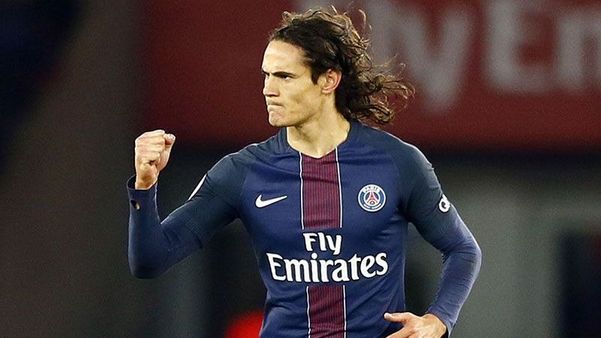 So far in our list of the best ever football players with long hair, we’ve discussed three players from South America; to continue that trend, we now have Edinson Cavani, another Uruguayan striker who is one of the hottest players still on the field today.

Cavani is one of the players on this list who has maintained his long hair throughout his football career, from his days as a Danubio player to his current position as a Manchester United player.

His best years came while he was a member of Paris Saint-Germain in Ligue 1, where he scored 138 goals in 200 league matches.

He is also a regular for his national team Uruguay, having appeared in 118 matches and scoring 51 goals.

On October 5, 2020, he signed a one-year deal with the English club Manchester United.

United fans are hoping to see him deliver some outstanding performances, just as he did as one of the greatest long-haired soccer players of all time. 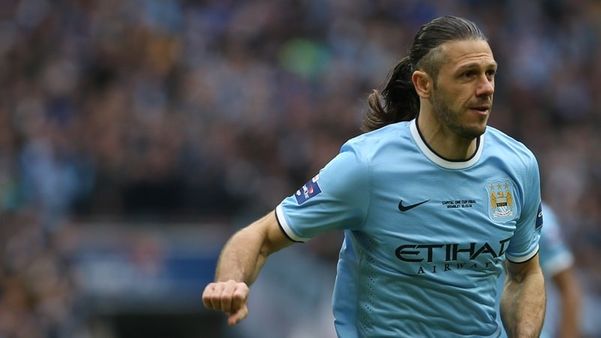 South American footballers appear to have a strong preference for long hair, as the next footballer on the list of the best ever football players with long hair is also from South America, this time from Argentina. Martin Demichelis, now 39 years old and retired from professional football, began his career with Argentine giants River Plate before joining

in the 2004 summer transfer window. It was during this time period that he grew his hair and we saw him with his attractive long hair.

We cannot forget the duo of Martin Demichelis and Iranian superstar Ali Karimi, who both wore long hair and were known for their great matches.

He joined Malaga in the 2010 winter transfer window. During the early stages of his career in La Liga, he retained his long hairstyle before cutting it short. He is unquestionably one of the most handsome players on the list of the greatest footballers ever with long hair. 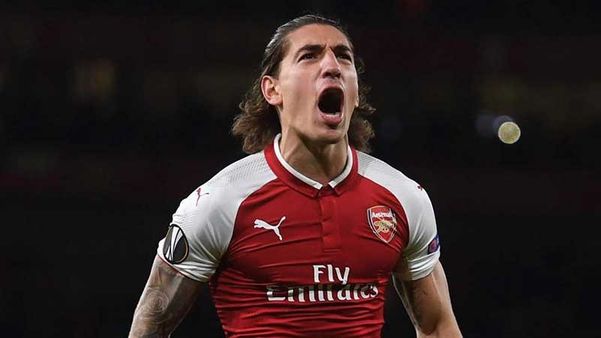 Finally, a non-South American player who makes this list of the greatest football players ever with long hair.

Hector Bellerin of Spain, who is also the youngest player here at 25 years old. Although, he was previously known for his extremely long hair and man buns in addition to his excellent playing style. Hector Bellerin has represented Spain’s youth ranks and has earned four caps for the Spain National Team since 2016.

READ:  Top 7 Outstanding Displays of Sportsmanship in Variety of Sports

With the exception of a season-long loan spell at Watford, he has spent his entire professional career with Arsenal.

Hector Bellerin has established a brand for himself not only on the football field but also in the fashion world.

His high-fashion looks and appreciation for experimental styling have earned him approval from the British magazine Vogue in recent years.

This 23-year-old has accomplished so much in such a short period of time that his transformation from child to man has become something to watch. Whether it’s new clothes, new interests, or new projects in the real world, he’s not afraid to pursue something other than sports.

His hairstyles, like his flair for dressing well and dressing differently than others, frequently set the bar higher. 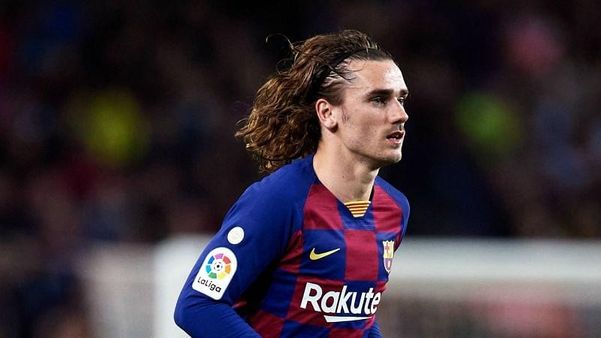 Antoine Griezmann is the second European player on this list of the best ever football players with long hair. He is also one of the players who frequently changes his hairstyle, and we occasionally see him with his long hair. However, for the majority of his career, the 29-year-old footballer wore long hair and maintained it following his transfer from Atletico Madrid to Barcelona in the 2019 summer transfer window.

Griezmann was unable to maintain a consistently high level of performance during his time at Camp Nou.

Barcelona fans have always chastised him for it, which extended off the field as well.

There was a time when Barcelona supporters blamed Griezmann’s poor performances for the club on his long hair, which made headlines a few months ago, and Griezmann responded by saying that even if the club asked him to change his hairstyle, he would refuse, stating that his wife and children prefer his current long hairstyle.

With his short hair, he was a standout performer for France during the 2018 World Cup in Russia.