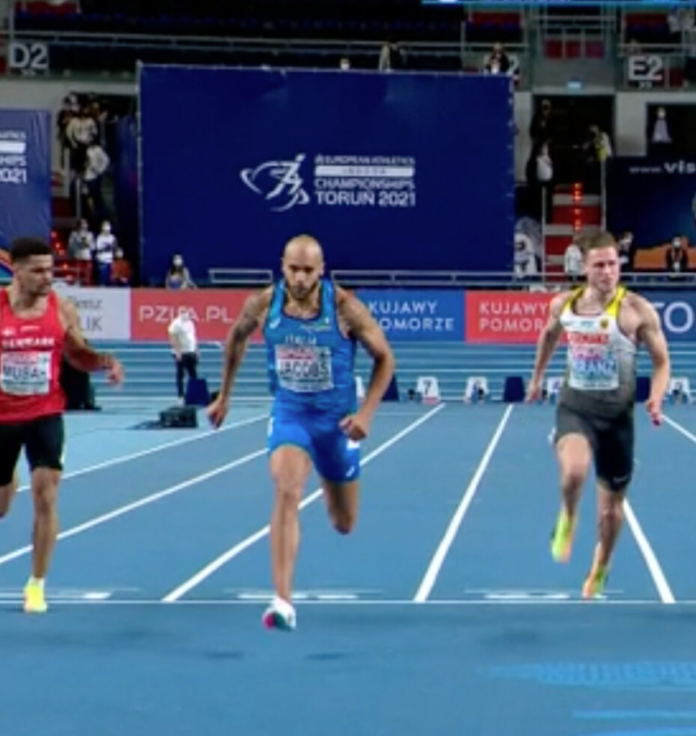 Marcell Jacobs staggered the game’s world by running his approach to history in Tokyo on Sunday to turn out to be Italy’s first since forever Olympic 100 meters champion.

Timing 9.80 seconds, Jacobs enhanced the 9.84sec European record he had set in the semi-finals to guarantee perhaps the most amazing Olympic 100m titles in ongoing history.

America’s Fred Kerley, a 400m runner before switching events only this season, claimed silver in 9.84sec, with Andre De Grasse of Canada, replicating the bronze medal he won at Rio 2016.

Having false-started in the British Championships final – the first time he had ever gone before the gun in his career – Zharnel Hughes did the same thing again here and was disqualified, taking no part in the race.

Hughes said of the false start: “When he went up on ‘set,’ my left calf cramped up on me, and I moved. I feel as if I was in that finals, I would have walked away with a medal. I can’t describe it. It hurts a lot.”

Born in Texas, United States, Jacobs moved to Italy before he was one month old and has lived there ever since.

Although he had made steady improvements as a sprinter in recent years, he was best known as a long jumper in the early part of his career.

His first sprint title came with European indoor 60m gold earlier this year, but few would have suspected he would then go on to win the Olympic title.

First Eurovision, then the European Football Championships, and now the fastest man globally – it has been some summer for the Italians.