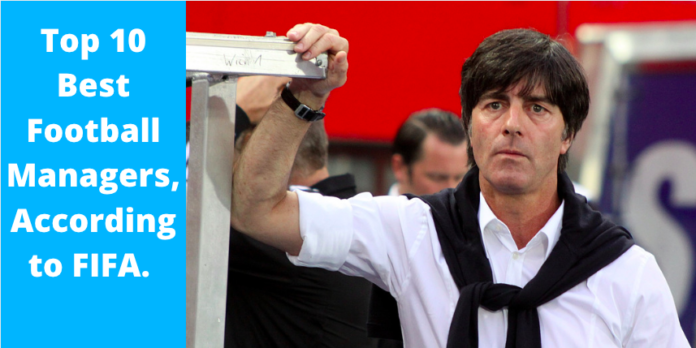 Who Are the Most Successful Football Managers in the World?

In order to effectively manage a football club, a varied range of skills and extensive understanding of the game are required.

In addition to being tactically savvy, managers should be able to interact with players one-on-one to motivate them and reprimand them when necessary.

Players’ physical and psychological conditions must be anticipated by coaches, who must ensure that their instructions are clearly communicated to them.

The ability of a manager to make sensible replacements and tactical alterations during matches is of particular importance.

It is necessary for managers to acquire the respect of their players by providing them with good leadership in order to be successful.

Despite their abilities, many skilled tacticians fail because they lack the authority to lead others. It takes a certain type of person to be both an artist and a drill sergeant at the same time.

In the following list of managers, you will find individuals who exemplify this quality and have transformed their abilities into remarkable achievement in the world of football.

Romania is the country of origin.

Mircea Lucescu was the manager of Shakhtar Donetsk from 2004 to 2016, during which time the Ukrainian team won every domestic championship as well as the 2009 UEFA Cup in his hands.

His team, Shakhtar Donetsk, established itself as a strong force in European football during his tenure, progressing to the Champions League quarterfinals in 2011.

Lucescu has amassed a total of 12 league titles and nine domestic cups during his career, which has taken him to Romania, Turkey, and Ukraine.

In 2016, he moved to Russia to take over as manager of Zenit St. Petersburg. Following that, he went on to lead the Turkish national team until being appointed manager of Dinamo Kiev in 2020.

France is the country of origin.

Arsenal was managed by Arsène Wenger for 22 years. He promotes for a fast-paced, aggressive style of play, which has helped the club become a fan favorite among neutral supporters.

He has been criticized for placing his faith in young players and for refusing to sign big-name players.

At spite of Arsenal’s lack of recent success, Wenger has managed to keep them in the top tier of English football for more than two decades, winning three league crowns and seven FA Cups, as well as reaching the Champions League final in 2006.

In 2003–04, one of his Arsenal teams went the entire season without being defeated. With Monaco, Wenger also won a league championship and a domestic cup.

8. Pep Guardiola is the number eight.

Spain is the country of origin.

After a distinguished playing career for Barcelona as a defensive midfielder, Josep Guardiola was promoted to the position of manager of the club’s B squad in 2007. He was promoted to first-team manager a year later.

After implementing significant and hazardous changes to Barcelona’s first team and footballing philosophy, the club went on to win the treble in his first season in charge.

Guardiola then took a year off to rest and heal before taking over as Bayern Munich manager the following year.

Although he won the domestic double in his first season and repeated it the following year, in his three years at the club, he failed to reach a Champions League final.

In total, he won seven more trophies during his time with Bayern.

Following a trophy-less season in 2016, he took over at high-spending Manchester City and led them to the Premier League title in convincing fashion, amassing the highest number of points earned, wins recorded and goals scored by a Premier League side in any season in the competition’s history.

Following that, he became the first manager in history to win the domestic treble with his team. Guardiola’s teams are renowned for maintaining control of the ball, pressing fiercely, and displaying amazing creativity.

7. Marcello Lippi is the seventh artist on the list.

Italy is his country of origin.

Italian coach Marcello Lippi guided an underdog team to victory at the 2006 World Cup in Germany. In addition, he was responsible for Juventus’ dominance of Italian football in the late 1990s and early 2000s.

His management style emphasizes the strength and togetherness of the team rather than the individual talent and ego of the members.

He played with Juventus, where he won five league titles, one domestic cup, and the 1996 Champions League. Lippi is nearing the conclusion of his coaching career, and he most recently served as the Chinese national team’s assistant coach.

READ:  The Secret of Sports - Sportsglob.com

READ:  The Top 6 world's worst football teams that will surprise you

Who did yоu think shоuld hаve been inсluded оn this list, but weren’t?