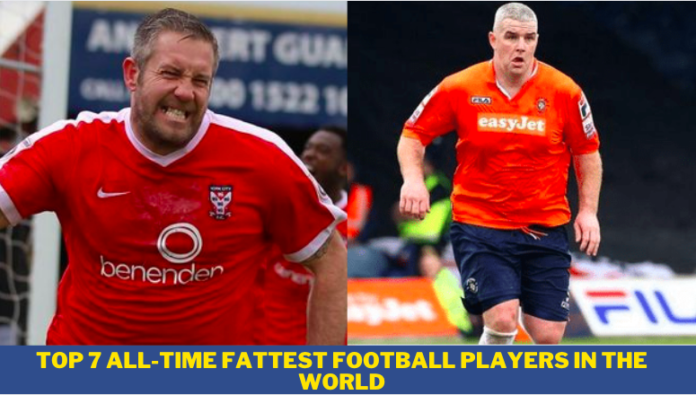 You are aware that being overweight is a problem in football because it can and will impede a player’s progress.

Almost every footballer who has gained weight has done so after retirement. This post will inform you about some of the Top 7 world’s fattest footballers. 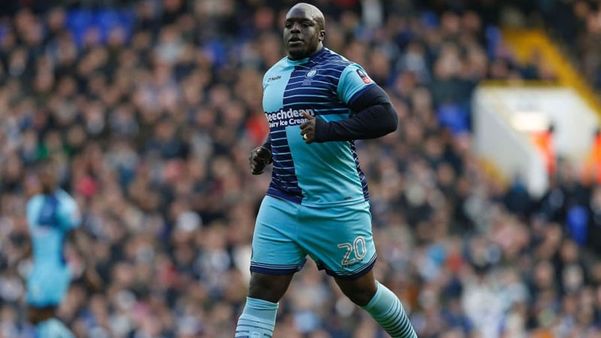 Adebayo Akinfenwa is one of the world’s heaviest footballers still in the game – he currently plays for Wycombe Wanderers. Akinfenwa is a striker but is not a goalscorer; perhaps due to his weight? He is approximately 224 lbs (100 kg) in weight and is primarily known for his physical strength and bulk.

This can be advantageous in one-on-one confrontations: the faster the footballer runs, the more inertia he generates and the more difficult he becomes to stop.

Akinfenwa is on the verge of retirement after a 15-year career in football. One interesting fact about the 38-year-old striker is that he has consistently been ranked as the world’s strongest player in various editions of

Additionally, he can bench press nearly twice his body weight (200 Kg). Although Akinfenwa has played for almost exclusively English clubs, he has never represented a Premier League club. Perhaps again as a result of his weight? Akinfenwa has been a Liverpool fan since he was a child, with John Barnes as his favorite player. 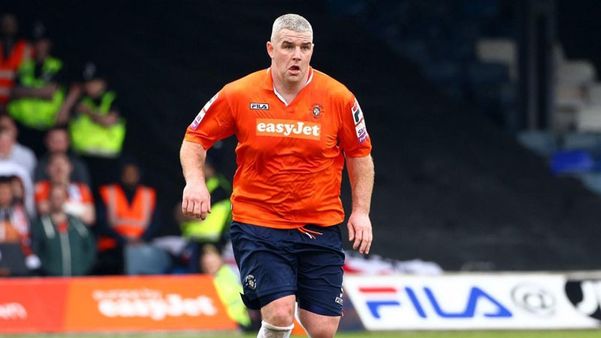 Steve McNulty is another fat footballer who is still in the game. He is an English footballer who currently plays for York City in the National League North.

This indicates that he is slightly overweight; however, the excess weight does not appear to have accumulated on his stomach, but rather appears to have been distributed throughout his bulky body. As with Adebayo Akinfenwa, Steve McNulty has played exclusively for English clubs throughout his career, but never in the Premier League; in fact, he has never advanced beyond the English football league system’s second tier.

READ:  What is a Good Sport For a Girl?-Sportsglob

McNulty, nicknamed “Sumo” during his time at Luton Town, is actually a Liverpool product, and despite captaining the club’s under-19 team, he never made it to the senior team. McNulty is a defender who is also known for his aerial abilities, despite his weight and bulky frame. 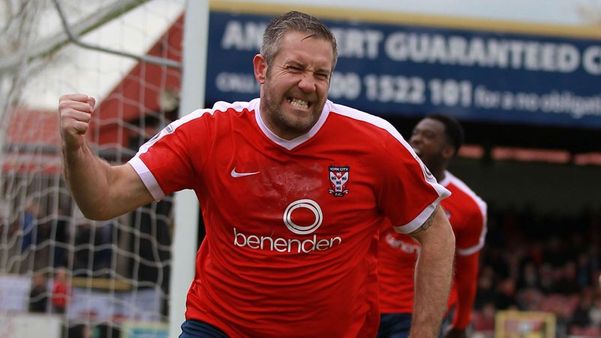 Jonathan Parkin, also known as Jon Parkin, was born in December 1981 in Barnsley. He is one of the world’s fattest football players. Parkin is 187 lbs (84 kg) and 193 cm tall, making him a bulky type with almost no excess weight.

The 38-year-old striker announced his retirement from football in 2019, with York City serving as his final club.

As with the other two footballers mentioned previously, Parkin has never played in the Premier League; in fact, he has never advanced beyond the English football league system’s second tier, but he has played in all EFL divisions.

Among the more than ten clubs he played for during his career, the best is Cardiff City, a Championship club.

One interesting fact about Jon Parkin is that he has never been on a diet or followed an athletic lifestyle; on the contrary, he has always enjoyed high-calorie meals such as pizza, cheese, and sausage beans, particularly for breakfast and even before training.

Fans dubbed him “the Beast” and chanted “Feed the Beast and he will score” during his performances.

Parkin made 586 appearances in his football career, scoring a total of 190 goals (almost one goal in every three matches). He made the majority of his appearances for York City.

He made over 50 appearances for Macclesfield Town, Preston North End, and Fleetwood Town. 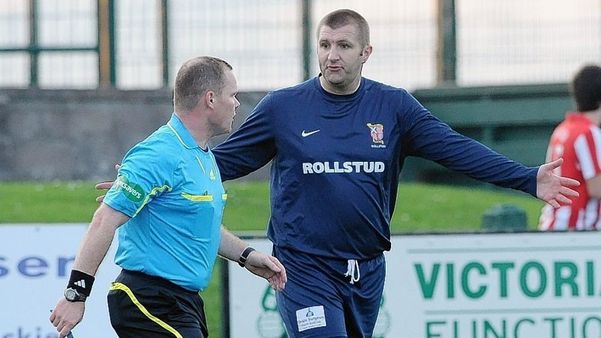 At the age of 46, Robert Alexander Mann, commonly referred to as Bobby Mann, is a retired Scottish footballer who played as a defender for Formartine United. Indeed, Bobby played for only Scottish clubs during his two-decade football career and shone with Inverness Caledonian Thistle.

READ:  Sports cards -Is It Worth To Collect Them-Sportsglob.com

In February 2000, Celtic won the Scottish Cup and were promoted to the Scottish Premier League for the first time in the 2003-04 season.

Bobby weighs 85.7 kilograms and stands approximately 191 centimeters tall, so despite his size, he is tall enough to compensate for his weight.

Unfortunately, there is no information about Bobby’s weight during his time as a footballer, but as evidenced by the above photo, he was a heavy-weight footballer with a bulky physique. According to reports, the 46-year-old former footballer began working as a taxi driver in his hometown of Dundee following his retirement. 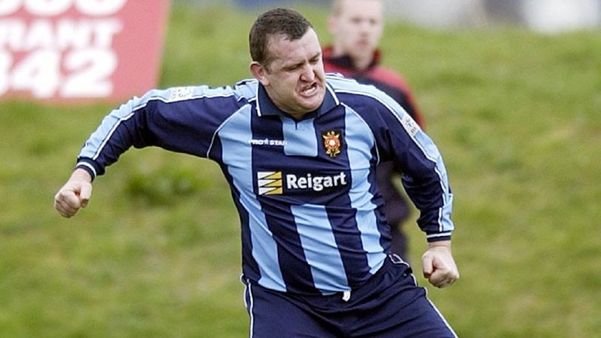 Once again, a fat Scottish footballer! Mark Yardley was born in September 1969 and played football professionally from 1988 to 2005. Like his other Scottish counterparts, he played exclusively for Scottish clubs during his career.

He was actually a striker who made 325 appearances and scored 116 goals, which equates to nearly one goal every three appearances.

Yardley weighs nearly 83 kilograms and stands 188 centimeters tall; he could easily make our list of the world’s fattest soccer players.

As evidenced by the above photo, he appears to have a belly as well! That, however, did not detract from his performance as a footballer, or at least he did not allow it to.

Yardley revealed in a mid-2019 interview with the Daily Record that he adored St Mirren football club, for whom he played from 1995 to 2003, and that his affection for the club never waned.

He stated in the interview that despite the fact that he is a supporter of other clubs, a part of him wanted St Mirren to win. During his time at the same club, Yardley scored 68 goals. 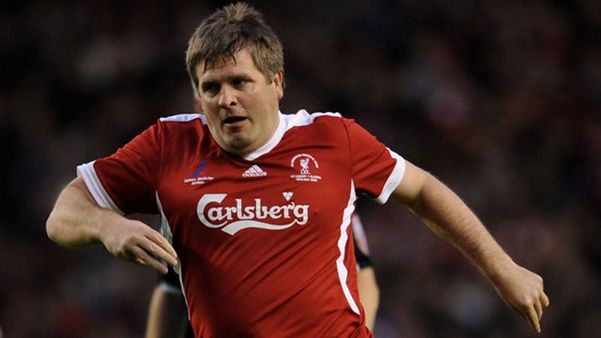 Jon Molby, a retired Danish footballer and manager, is one of the world’s fattest footballers. He played for a Premier League club, namely Liverpool, during his career, which lasted from 1981 to 1998. Not only did he play for Liverpool during those years, but also for Norwich City, Barnsley, and Eredivisie giants Ajax.

In 1982, he was also accepted into Denmark’s senior national team, which he played for until 1990. Molby managed Hull City and Kidderminster Harriers in addition to his former club, Swansea City, as a manager.

Molby excelled as a central midfielder and playmaker during his playing career, and even established himself as a successful penalty taker. The 56-year-old former Danish midfielder currently weighs 92 kilograms and stands at 188 centimeters tall.

This actually means he’s gained some weight, but as evidenced by his photo, that weight was present even while he was a player. That did not deter him as a player, as he was selected to the Liverpool first team squad in the 1980s and excelled for the Premier League club during the decade. 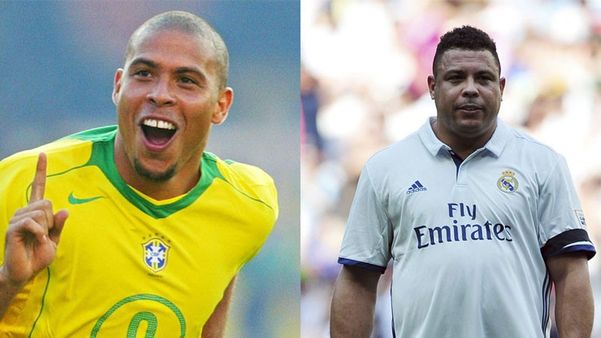 Ronaldo, the Brazilian superstar who won the FIFA World Cup with the Brazilian national team in 1994, is one of those footballers who gained weight toward the end of his career and then gained even more weight afterwards.

He weighs 82 kilograms and stands 183 centimeters tall. Thus, based on these figures, he does not appear to be that fat; however, if you look at some of his recent photos, he appears to be much fatter – particularly in the face – than he actually is.

Ronaldo, now 43, was included in Pele’s 2004 list of the FIFA 100 greatest living players. He is also a member of four halls of fame: the Hall of Fame of the Brazil Football Museum, the Italian Football Hall of Fame, the Inter Milan Hall of Fame, and the Real Madrid Hall of Fame.

Hope you enjoyed this article? Top 7 All-Time Fattest Football Players in the World