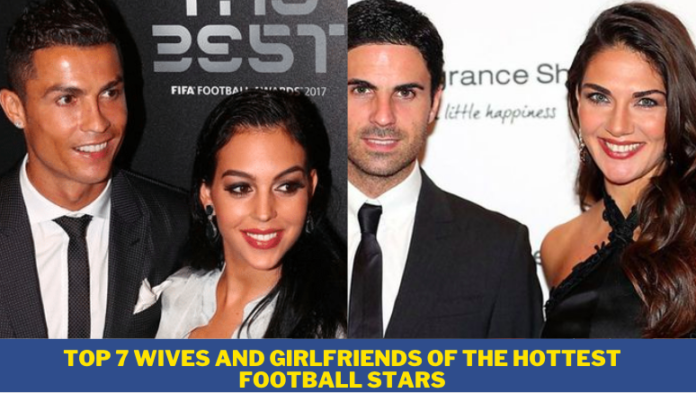 Top 7 Wives and girlfriends of the hottest football stars

We are all aware that celebrities, like any other human being, go through ups and downs in their lives, which may be rather intriguing to learn about at times. The lives of famous football players are similar. As a result, many of us may be curious about what their lives are like behind the scenes.

They say that behind every successful guy, there is a strong and determined woman. As a result, there is no question that every football player has a glamorous, attractive wife or girlfriend to accompany him on the field. Don’t you think so?

In order to learn more about these ladies, we’ll be taking a look at some of the most desirable wags in the world of football today.

WAGs of the world’s most desirable football players 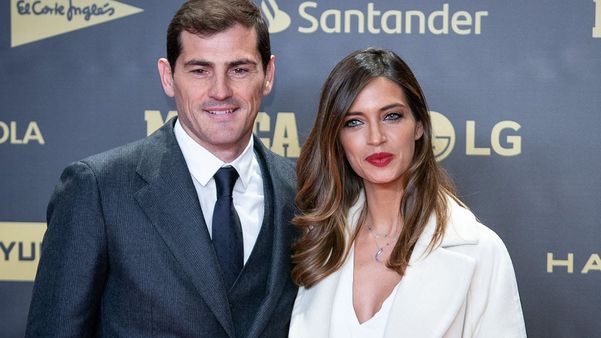 Iker Casilla is the first player that comes to mind when thinking about this team. Casillas, who was born on May 20, 1981, is widely regarded as one of the top goalkeepers in the world. Because of his propensity to make great saves, he was given the nickname “San Iker,” which translates as “Saint Iker.”

His wife’s name is Sara Carbonero Arévalo, and they have two children. She is three years younger than Casillas, having been born on the 3rd of February, 1984, in the country of Spain. She received her bachelor’s degree in journalism and went on to work as a sports-writer in Spain.

The couple began dating in 2009, the same year Carbonero began working as a sports presenter and editor for Telecinco. The couple has two children. Almost five years later, their first son was born in January 2014, and a few months after, the couple revealed that they were expecting their second child in November 2015.

READ:  How much money do Lionel Messi and Cristiano Ronaldo make?

Eventually, Sara Carbonero and Iker Cassillas were united in marriage on March 20, 2016, and they welcomed their first child, a son named Lucas, into the world on June 2, 2016.

Unfortunately, Sara stated in May 2019 that she had to have surgery to remove a malignant tumor after being diagnosed with cancer. She resumed her chemotherapy treatment, and happily, she is currently in good health. 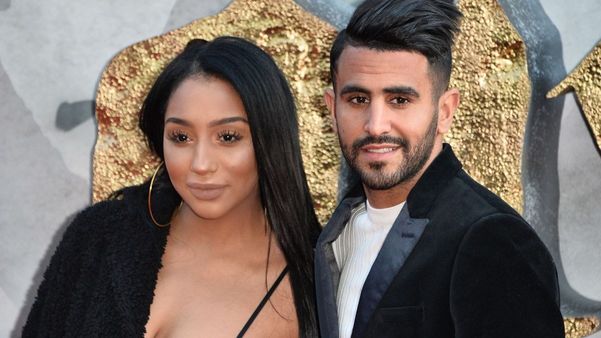 Riyad Mahrez is a well-known winger for Manchester City who was born on the 21st of February 1991 in France. He met Rita Johal, with whom he later fell in love and married in 2015.

The aspiring pop sensation was born on August 21, 1992, in England, and is today well-known as a model and Instagram influencer. She has a net worth of $1 million.

It took Rita and Riyad five months to get together before exchanging wedding vows last year in August 2015. The wedding ceremony was attended by only a small number of friends and family members, who had been invited.

Eventually, they had their first daughter, Inanya, who is now one of two daughters born to the couple.

As of October 2020, it has been announced that the couple has ended their relationship, and Riyad is currently seeing fashion student Taylor Ward, who is 22 and the daughter of ITVBe reality star Dawn Ward. 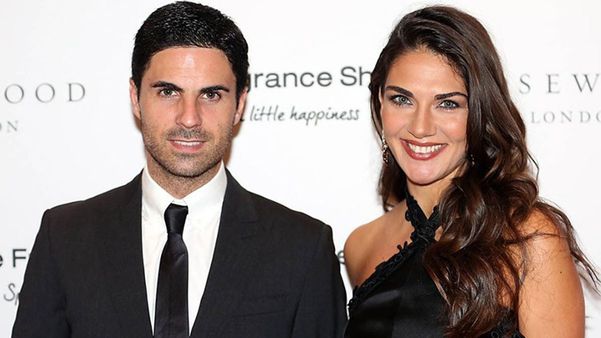 In light of the fact that we already discussed Arsenal’s legendary coach Mikael Arteta in another article, we propose that you read “Facts You Didn’t Know about Mikel Arteta, Arsenal coach” here.

The youthful and well-known coach is backed by one of the most stunning women on the face of the planet. Lorena was born on May 12, 1981, in the city of Buenos Aires, Argentina.

Because of her wonderful appearance, she was crowned Miss Spain in 1999 when she was just 17 years old. However, due to her age, she was unable to represent Spain at the Miss Universe pageant. Later on, however, the model competed in Miss World, where she finished in among the top 7. 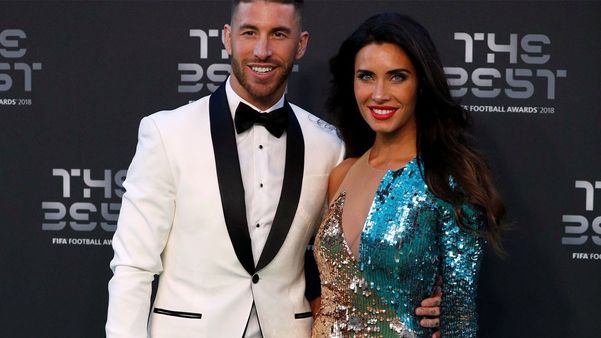 Sergio Ramos was born on March 30, 1986, and is presently playing as a center back for Real Madrid. He is one of the most well-known players in the world, and his birthday is March 30th. Pilar Rubio, his wife, is a Spanish journalist and television personality who works in the entertainment industry. She was born in the Spanish capital of Madrid in 1978.

The couple met in the summer of 2012, following the European Championship, and Pilar Rubio was frequently spotted at Ramos’ residence after that event. Finally, the two announced their relationship during the FIFA Ballon d’Or award ceremony in 2013. Sergio Jr. (born on May 6, 2014), Marco (born on November 27, 2015), and Alejandro (born on November 27, 2015) are the couple’s three kids (born 25 March 2018). 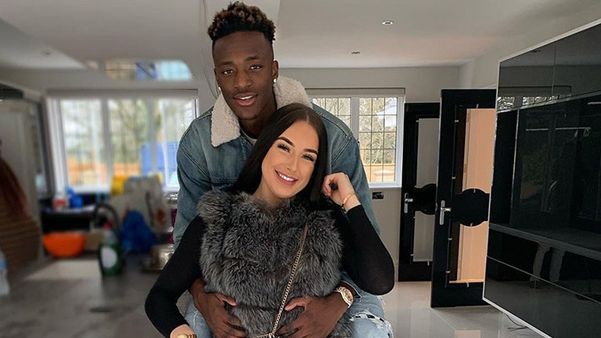 Known professionally as Tammy Abraham, Kevin Oghenetega Tamaraebi Bakumo-Abraham is the next football sensation to emerge. Currently, he plays as a striker for Chelsea and the England national team. He was born on October 2, 1997, and his birthday is October 2.

His wife, Leah Monroe, is a well-known model and actress. Leah was born in London in 1999, and she is currently a social media influencer as well as an aspiring vlogger on the popular YouTube platform.

The 20-year-old gives beauty tips with her subscribers on her YouTube channel, and she isn’t hesitant to put herself in danger in exchange for a nice video clip. 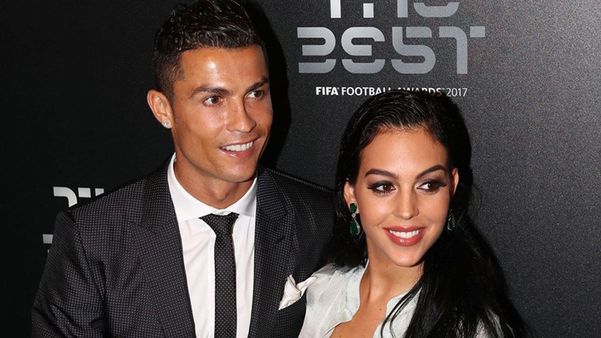 Ronaldo’s name is constantly in the news as one of the greatest players of all time and the second-best player in the world in 2020, and he is almost always mentioned by name.

He was born in February 1985 and is currently the most important player for the Juventus football team. At a Dolce & Gabbana event, where she was a model, Ronaldo and Georgina Rodriguez met for the first time. They have been together ever since.

The couple began dating in 2016, and after only a short period of time together, she became pregnant with what would be his fourth child.

It has been revealed that Cristiano Ronaldo has two children: a twin named Ava and Mateo, who was born to a surrogate mother in America in June of 2017, and a seven-year-old kid named Cristiano Ronaldo junior, whose mother’s identity has remained a mystery so far.

According to reports, the couple met in the VIP section of a Dolce & Gabbana event and then covertly dated for a period of time before going public with their romance. Everyone knows that they are still in a committed relationship. 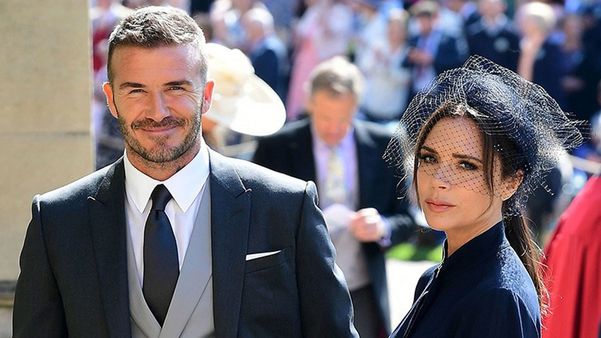 David and Victoria Beckham, one of our favorite celebrity couples, comes up next on the list. David Beckham was born on May 2, 1975, and is widely recognized as one of the greatest soccer players of all time. His wife, Victoria, is also a well-known face, having been a member of the musical group “Spice Girls.”

David began dating Victoria Adams in 1997 after she attended a Manchester United game with him.

The couple became known as Posh and Becks in the media. Victoria and David were married on 4 July 1999 at Luttrellstown Castle in Ireland, where David proposed to her on the 24th of January 1998 in a restaurant in Cheshunt, England.

The couple spent £628,000 on their wedding. In addition to her diamond-encrusted crown, Victoria sported an ivory outfit designed by David Beckham.

This is occurring at the same time that their daughter, Harper Seven, was born on July 10, 2011, in Los Angeles.

Hope you enjoyed this article? Top 7 Wives and girlfriends of the Hottest Football Stars!

FIFA World Cup in Qatar in 2022? Which teams have qualified

How much money do Lionel Messi and Cristiano Ronaldo make?